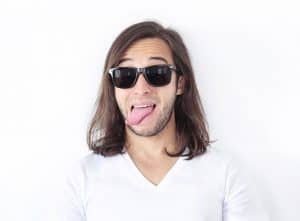 Falling in love can be a roller-coaster ride, especially if you’re wondering if you and the guy you’re seeing also feels the same way about you. You spend countless nights moping in your bed wondering if he has also the same feelings for you. You try to be all sweet and lovely but still you get mixed signals here and there and you just can’t make out if he is really into you or you’re just someone to fulfil his needs. Well I laid out some stuff so that you can wake up and smell the coffee; coz he just might not be in love with you.

Yeah, it sucks big time to fall in love with someone and that person just doesn’t feel the same way. I’ve had the same experience before. I’ve been burned and hurt but I’m happy I’ve learned all these valuable stuff. I also asked my guy friends to dish out what are the signs that men just don’t love you.

Some guys can be a bit nice and not show the telltale signs they want to ditch you because they don’t want to hurt you. It would be good to find out, right? So here are some things you might need to know.

Learn the Missing Secret to the Law of Attraction

He always says you have such a great friendship – He keeps on playing the friend card. He says he loves hanging out with you and totally goes over the moon on how good you are in bed but keeps on uttering that you’re such a great friend. He just said it, he’s not into you and he sees you as a pal he can sweat it out with. He would normally utter words such as “we have such a great set-up I just don’t want to ruin our friendship”. If he’s like this and you’re head over heels for him save your heart some pain and leave. Even if the sex is phenomenal you deserve more than being his pal. If he wants to be friends, and you’re willing just to be one then you just have to realize that everything ends there. If there is in some way he falls in love you then you just have to have saint-like patience, which I don’t really advice.

He keeps on going out with other women right in your face – If he is really giving you the importance you crave then he wouldn’t want to see you hurt or whatnot, right? If he is just naïve or a big douchebag who goes around flaunting girls he is dating in your face then it’s clear, you’re not the one for him. Men may be polygamous by nature but if he sees you as his future partner he would at least be discreet enough not to go about showing off his girl hunting prowess to you. He would at least try to make you feel nice and beautiful, unless he’s just a player and is talented with stringing many girls at the same time. 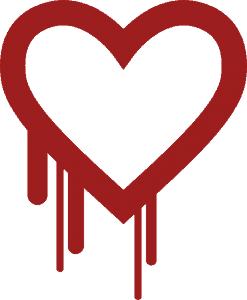 He has little regard for your feelings or about who you are – If he does not love you, he can ask you stuff about yourself but never seem to fully listen. He forgets your birthday or the plans you guys have made. Sometimes he can intentionally ignore you. Most guys hate clingy women though. But if you’re acting normal and he still just ditches you around then maybe it’s time to think twice about your relations with him. At worst is that he can be a bit rude to you, saying stuff like “I hate the food that you keep on ordering” or “your dog is such a smelly rag”.

He is always busy as he says – Men can be career driven at times but if he loves you, he’ll at least make some time for you. He can say so many excuses just to avoid you. If you decide to call him he always tries to make the conversation casual and cool. He can just be staying there because a.) He needs you for something or b.) The sex is really great. He would only devote time to you if he feels obligated to do so. On weekends and you try to catch him, his phone is either dead or just keeps on ringing. He always says that he would be the one to call you; but sometimes he never does.

You’re just a booty call to him – Men love sex. They all do. They think about sex constantly. If he normally doesn’t call till 2am and asks you if you’re down for something steamy then probably he only goes to your place because he needs a warm bed. He can start saying stuff while you guys are at it, then suddenly bolts once you’ve showered and cleaned up. Worse part is he bolts once you fall asleep and forgets to leave a note or contact you for days.

He keeps on cancelling stuff you guys have planned out – He is never good with setting up advance dates and if ever you guys make plans he keeps on bailing on you right when you’ve worn your LBD and put on your Jimmy Choos. He says sorry for doing a rain check on your plans but never tries to make up for it.

He never introduces you to his buddies – Guys are much like wolves, they like hunting in packs. If he thinks you’ve got a special place in his life, he would show you off to his pals. They can be obnoxious or sloppy but they are his buddies so if he thinks you’re the one he would make a way for you to get to meet them.

He ignores you – Well this is the total sign that the guy you’re eyeing just doesn’t love you. If he always puts you in the sidelines, if he is busy 10,000% of the time, if he never ever texts or calls you, then probably he just didn’t think you’re interesting enough for him. Maybe, he thought it would be great to go out with you’re for one or two dates or even three but that’s about it. He will put you in the filing cabinet and never ever pull out your file.

Love is a battlefield and YOU’VE GOT TO BE PREPARED. You have to emotionally prepare you’re self to get hurt and wounded in battle. The more you love someone, the more power you give them to hurt you and break you. If you really love a man, but he doesn’t feel the same way you may need to get up, dust yourself and move on. If you think you can be a martyr then that is totally fine. On the other hand, you can always reclaim the power and make him fall in love with you. Hmmm that would be a great to write about in my next post.  Until then, if you want to make him fall for you, take a look at this super cool tip for making him crazy about you.