Not Wizardry, Rocket Science or Deception 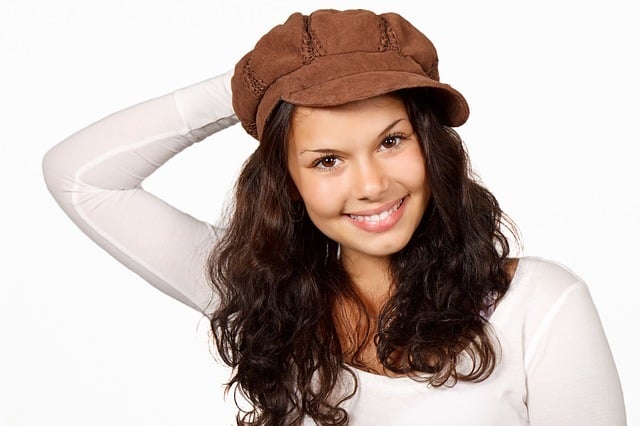 The Simple Truth of How to Attract and Approach Beautiful Women

Thinking something is so difficult that only magic can make it happen is usually what causes people to resort to manipulation. But often, we make things difficult by ignoring the obvious. I’ve seen this happen over and over with men who take the wrong approach to talking with women.

But first what are you looking to get out of this article? (Be honest I won’t judge!)

Do you want to…

If the answer to the question is A or B read on, as these tips are just perfect for finding you a girlfriend, getting you dates, or helping to attract a girl that you like or even love.

Still with me?  Keep reading for everything you need to know about approaching and attracting a wonderful woman:

Have you ever tried to chat up a woman and been rejected? Chances are you gave the wrong impression.  Watch this to avoid the number 1 pick up mistake.

The truth is, romantic and love success doesn’t come from pick-up lines or creating a phony “bad boy” image. It’s also not about possessing the physical attributes of Michael Fassbender or a seven-figure bank account. Let me tell you a couple of true tales of average-looking men.

Tune into her interests

Last summer, I was at a bar with a group of (mostly single) friends. Men were hitting on me and my girlfriends left and right, offering to buy us drinks, pitching us lines. We ignored them. We had enough money to buy our own drinks and we had already heard all the lines.

Several men tried to approach my friend, Sandra, a former model on her way to becoming a PhD psychologist. One of them boasted about making partner at his law firm. Another made a point of letting her know he had just purchased a jet. She laughingly dismissed both of them.

Later that night, she selected some tunes on the jukebox. Fittingly enough, a few bars into the Pixies’ “Here Comes Your Man” a man with glasses and a slightly receding hairline came over to the table. He asked Sandra if she chose that song. Turns out both Sandra and David were fond of music from the 80s and 90s. They started talking about the Pixies and other favorite bands. They’re still dating nearly one year later.

My older cousin Ella has always been a knockout. At grade school Valentine’s Day parties, she always received more Valentines than anyone else in her class. In high school, she was naturally voted homecoming queen with her class president boyfriend as her king.

She played the field during college, with a string of boyfriends, as she sampled every type of man, from brainy scholars to muscled athletes to pierced and tattooed punks. By the time she had her first post-university job, she was long accustomed to men chasing her, showering her with compliments. She got bored with men always telling her how beautiful she is. But she was too smart to fall for the pick-up artist technique of “negging.”

Ella loves animals, but she was living in an apartment that didn’t allow pets. She started volunteering at a local shelter where she got to know Mark, another volunteer. They both were especially concerned about one injured puppy. Play therapy time with the sick dog prompted them to start opening up about their lives. Those conversations eventually led to a rather steamy romance. Although Mark later moved to another state and the relationship didn’t survive the long-distance test, Ella has told me “Mark was the first man who ever really listened to me and paid attention to my words, not just my looks.”

This is also a good lesson if you are wondering for where to meet women, as it is a realistic way that you can meet a girl and really connect with her.  It probably won’t surprise you that not many long term relationships or meaningful partnerships are formed through meeting in a club or bar!

How to Get the Woman of your Dreams

Both of the men in these stories were smart enough to simply treat an attractive woman like—gasp!—an actual person rather than a trophy. Although I’m sure both David and Mark have some insecurities and may have suffered rejection at some point, they didn’t let hurt feelings curdle into resentment towards women and a cynical attitude of trying to “score.”

They were both perceptive enough to perceive women whom they met as people possessing interests and personal histories. They saw what they had in common with these women—a love of animals, musical tastes—and let those similarities guide the conversation.

My husband has told me that when he met me—at a political rally for a cause we both support—he was glad we were on the same side of the issue because “as gorgeous as you are, I just couldn’t see talking to you if you were on the other side.” We struck up a lively conversation that day which led us first to a greasy spoon diner, then to a park, then later to his bedroom, and into a long road-trip across country together and eventually to our shared household.

Ultimately if you use these tips you will be amazed how well they work, since many men just don’t bother to try these things!

Final word on how to attract girls and women

Whether you’re looking for a short-term dating, or hoping to build a long-term relationship, start up a conversation by displaying respect for the woman in question. Instead of manipulation and con games, think of the woman you want to meet and attract as a potential friend. In spite of all the whining from so-called “nice guys” about being “friend-zoned,” the women I know only sleep with men whom they also consider friends.

However once you’ve approached the girl you like, knowing how to read and use body language and flirt is really important too, so do read my article where I share my top flirting tips!

If you’re finding it difficult to actually meet girls in the first place then you can try to join clubs or activities with your interests.  Another great and easy alternative these days for meeting and attracting girls and women, is online dating.

Still want to know more about what to say and do to women?

Find out how to make almost any girl go crazy for you!

Or learn about how to crack the girl code in this really good video.