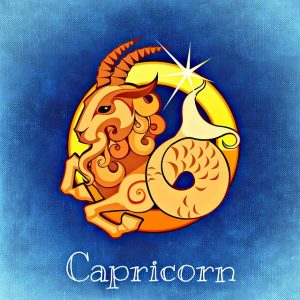 How to attract a Capricorn

Capricorn people are hardworking individuals who want loving and stable relationships. They want someone who can be their life partners and be there for them when they reach their dreams. Capricorns tend to be driven and steadfast. They get attracted with intelligence and are sapiosexuals.

People born under this sign are known to be workaholics. They want to build their careers and be seen as successful in the things that they do. They are very ambitious and thus they want partners who would support them in their dreams and aspirations.

Capricorns are also very faithful and when they fall in love, it’s normally for life. They tend to want happy homes and seek to have partners that help create a future that is full of stability with them.

What Do Capricorns Want?

Attracting Capricorns is very easy. They don’t like playing games and they want partners that are simple and classy. They don’t want people who are too flashy and are flamboyant. They want their partners to have a simple style and look presentable at all times.

Capricorns also like partners who are smart and intelligent. They get high on stimulating conversations and they want to have discussions that tickle their minds. They want someone who can hold banter about different topics about life, love and the universe. For people born under this sign having a beautiful mind is more important than having a beautiful face. They need to have a person who they can share ideas with.

Conversations with a goat is never boring. They can talk to you about all sorts of things. They can discuss with you immense amounts of topics and there is going to be no dull moments with them. If you are passionate about a specific topic, talk to them about it, they will love you for it.

If you want a Capricorn to be your partner, you have to show them that they can trust you. Don’t play games and don’t try to make them jealous. They don’t want you to be going around messaging different men and women and then calling them your beau. They hate partners who try to make them jealous and feel neglected when a person tries to attract other people besides them.

Building trust with a Capricorn is very important. They want partners who show them that they are loyal and that won’t hurt them. They want to know that even if they are not around, you won’t go fulling around with someone else. Always, always be honest. Do not lie to a Capricorn; they are too smart and they will detect it if you are.

Being a supportive person can win you points with a Capricorn. They want mates who are their for them in achieving their pursuits in life. They don’t want people who try to pull them down. Stop being argumentative and try to be more understanding when you are around them. When they are explaining something to you, listen carefully. Try not to stop them fro achieving their dreams; be it traveling or becoming the next VP of the company.

What A Capricorn Hates 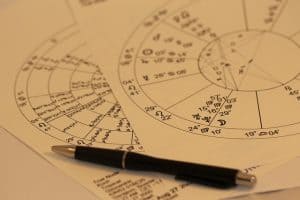 A Capricorn hates being made jealous. He hates feeling insecure and doesn’t want games. He is very protective of his “circle and everything he owns”. With this, he tends to be possessive and hates it when a person shows interest in them one minute, and then interest to someone else in another. Don’t flirt with other people when they are around because they will get hurt and veer away from you. Or they might lose interest and just step away.

Capricorns also hate lazy people who are too happy go lucky. If you want to impress a person of this sign, you must show him or her that you are motivated enough to achieve your dreams. Show this person that you are not just loafer and that you have the guts to be someone successful.

Lastly, Capricorns hate going on a chase. They hate confusing relationships. Being straightforward about things can help you score plus points with a Capricorn. Capricorn men specially do no like women who want several suitors at one time. If you want to attract a Capricorn man, be there for him and tell him what’s on your mind.