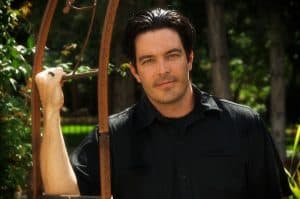 Headstrong Aries is the first sign of the zodiac and has a very courageous heart and a child-like demeanor. He is independent and fearless. He believes in justice and honor. Arieses are natural-born leaders and are not afraid to be trailblazers.

When an Aries falls in love he tends to want to be taken care of. He or she likes flirting and playfulness in a partner. He gets bored when things get too serious. He does not like to be tied down too much. He or she wants a vocal and honest partner who will tell them what their beau feels.

What An Aries Wants

The first child of the zodiac is a child of Mars, the god of war and courage. He is passionate and ever so loving and wants to feel everything. To make an Aries fall in love with you, you must be smart, flirty, loyal, and give him his share of independence.

Here are some tips to hook that Aries and make him fall for you.

There is nothing more than an Aries Man enjoys more than flirting. He likes those accidental touches and he craves those naughty IMs. Arieses take that sexy and fun vibe from flirting as an aphrodisiac. They can’t get enough of this playful game.

So if you want to attract an Aries, try to send him or her a drink at that company party or try to brush your should against his arm. Throw some naughty jokes here and there and you may catch him or her.

Aries people are ruled by their heads. They want thought provoking conversations and are sapiosexuals. They want their partners to be logical, clever, and wise. Your brain is your sexiest organ so if you have knowledge about something, don’t be afraid to dish it out in front of an Aries.

Challenge that Aries to a game of chess. Ask him or her to go book shopping with you. Go to a museum or just watch a documentary on Netflix together. Show him or her have something between your ears and make him or her fall for you. 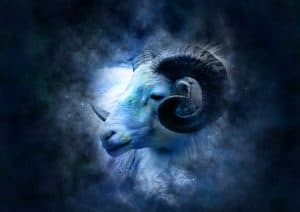 Aries people love being admired. They put a premium on their name and their reputation. So if you want to score plus points on that Aries, then show him or her that you admire him or her. Tell them how nice their hair is. Compliment him or her on her work. Tell this person how nice he or she is. Just let them know that you notice how wonderful they are. They fall nuts for that.

If you are working together on a project or in the office, tell him that you appreciate all the hard work he puts in. If you guys chat, tell him that you are thankful that he takes time to talk to you even though he or she is busy. Suck up a bit and get him to like you more.

Be Playful and Competitive

Being ruled by Mars, Aries appreciates duels and “wars”. They like challenges that they can conquer and don’t want anything too easy. They like debates and mind-challenging conversations. So if you have a different opinion be open to discussing it with that Aries Man or Woman. Don’t be afraid of rocking the boat because he is game for that sort of thing.

On the other hand, don’t be too hard as well. Aries the child of the Zodiacs and want playfulness in the mix when they date. They see things as games at times. Teasing can be a part of his mantra so be open to that. He also wants you to play along when he puts his game face on.

Go On An Adventure

Boredom is an Aries’ kryptonite. He or she hates downtimes and moments that are dull. Ask him to a spur of the moment drive to the countryside. Go to the beach or for a late-night run. Do a sexy striptease and excite him or her.

To get that Aries falling for you, be exciting and full of energy. He wants someone to play with and stay young with.

Give Him His Independence

Aries people are very headstrong. He or she hates being bound by rules and being tied down. Don’t be too clingy. Let him or her do what they want. Allow him to grow and be free.

Tying down an Aries means the end of the attraction. Don’t talk down on him or her. Give him space and he or she will keep on coming back to you.

What An Aries Hates

People with this sign crave excitement, challenges, and enjoyment. Without these, he loses interest. So never ever be predictable with an Aries. He or she hates getting bored with a person they are dating. Don’t be too clingy or demanding. That’s a big fat no because it means this Ram will lose his or her independence.

Don’t be a pushover too. Arieses want partners who have wonderful lives. You should be able to shine by yourself because without that, an Aries get bored. Aries people hate spineless people. Stand your ground and be passionate. You should have the balls to reach your dreams and speak your mind.

Passion fuels an Aries, so be passionate. Live! Laugh.. and watch that Ram fall for you. 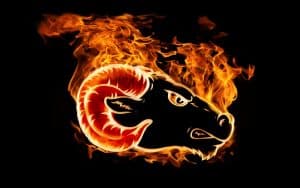 Aries people are energetic and are born leaders. They are fire starters and trailblazers with keen child-like loving hearts. However, ...
Read More 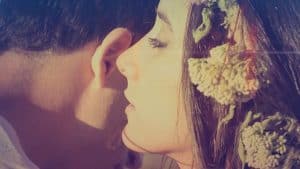 Signs An Aries Man Is Falling In Love With You

Aries, the first sign of the Zodiac is the fire starter of all the signs. He is wild, passionate, energetic, ...
Read More
How to make a guy love you and
Never want to leave you