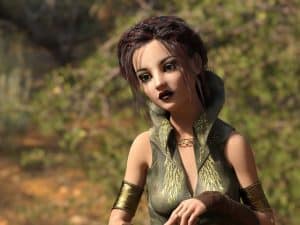 Avoid the fake and plastic friends.

Have you ever have had a frienemy? A frienemy is a person who is your friend but you seem to just feel infuriated by them. They either put you down or say bad things about you. They make you clench you fists as you put on a fake smile in front of them because you don’t want to give them the satisfaction that they have annoyed you.

What Is A Frienemy?

A frienemy is a person who you consider to be your friend but is an evil incarnation of Queen Cercei. She seems sweet and nice but is bitter about you. She puts you down or gives you snide comments about everything that you do.

1. The Back-Stabber – A back-stabber frienemy is a person who puts up a good face in front of you and just stabs you in the back when she is out and about with other people. She seems to be very keen on what you do but in reality, she is just looking for dirt to put out there when you’re not with her.

2. The Gossiper – The gossiper makes up stories about you. She would spin stories about you just to make herself more interesting. She will also tell you to gossip about other people. Be careful about what you tell her, she will tell it to others.

3. The Runner – The runner is the friend who when the going gets tough, she’d run away and bolt. She is there in the fun times. But when you have a problem, you can never count on her. She will bail out on you when you are dying on the road with no money or car to go to the hospital. She will point a finger at you when the teacher catches both of you cheating. She will leave you hanging when you are in dire need of a friend.

5. The Self Centered-Narcissistic B*tch – She takes too many selfies and thinks everybody likes her. She feels bad when other people notice you before they notice her. When you are wearing a nice outfit, she feels sad because she would say “oh I should have put on a nicer dress, if I have known you’re getting dolled up!”

This girl/guy like the Selfish Twat, thinks too much of herself/himself. She also thinks that you are talking about her when you are just not. She feels that she is also the coolest thing to happen to your life. And that you’re lucky to have a friend like her.

6. The Negatron – A negatron has nothing good to say. She looks at life like it is a heavy rain cloud. She feels bad when you are happy. Since she thinks life is just a pain, she feels you should also not be happy. Aside from that, she sucks up the happy glow in life. She is just a drag to be with.

7. The Passive-Aggressive – This friend has two faces, the face of happiness and the face of aggression. She is sometimes cheerful and sometimes a nut. You always have to be careful around her because you never know which mood she is in for that day. If you mess with her even for a bit, her fuse could go off and she can cut your head off anytime.

8. The Fake – This is the worst kind of frienemy. She is never your friend, to begin with. She is just faking her friendship with you. She is close to you because either you have common friends or she needs something from you. She will use you and abuse you and will drop you and drag you.

She is an ultimate user and faker. She is something you really need to be wary of.

How to Deal With a Frienemy

Dealing with a frienemy can be tricky. A lot of times she is your social circle and it is very difficult to ditch her. But if you are mature enough to live without her, then do so, if not, you need to learn ways on how to win the game and be the one on top.

1. Never let her manipulate you – Frienemies are master manipulators. If you let them use you, they will. Find out how she manipulates you and other people. If she seems too nice even if that is not her nature, then you need to put your guard up.

2. Don’t gossip with her – If you tell a Gossiper stuff, she will rat you out. Be careful what you say around a frienemy, she might use it against you.

3. Learn to be independent – The best way to deal with fake friends is to learn how to be alone. You can go out alone, shop alone and HAVE FUN ALONE. If a friend just puts you down, it’s better to be alone.

4. Don’t play games with her – Schemes and games are so immature. You’re much better than that. Don’t fall for ploys to get you all riled up. Be mature enough to walk away from drama

5. No to Drama – You are not a Drama Queen so don’t act like one. Be mature. Don’t argue about petty stuff and don’t blow things out of proportion. Don’t create drama in your life and don’t let that frienemy bring drama to your life. 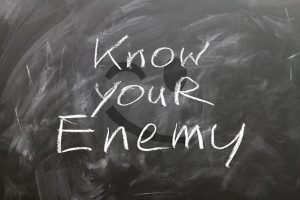 So ditching a frienemy is like having a tooth extraction. You know it hurts and you know it can be troublesome but in the end, it would be worth it. If it can’t be saved by having “tooth fillings or root canal” then by all means ready that tooth for the tooth fairy.

2. Be polite – you don’t need to be overly clingy towards her. Act politely and cordially, if she is not dumb she will feel that you no longer want to be chums with her.

3. Tell her – Well there is if there is no other way, be honest. Be nice and kind about saying it though. If you feel that she is ruining your life, then just be honest about it. Tell her you to want positivity and honestly. Don’t play games. Just be an adult and deal with it.

Getting rid of a frienemy can be a really good thing for you. You can brighten your vibe, make yourself feel happier, help you be more positive, and even attract a man who is going to be your sweet romance.

Or at times it may not just because this person is toxic but also your signs may not jive with each other so you can’t relate well with one another.