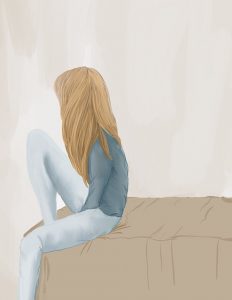 Why Do People Breakup?

Why do people break up? People wonder why people ever break up. They go on crying and dissecting and analyzing why did they ever break up. Relationships start out start as happy and sappy and pleasant but in the end turn sour and cold. People fall out of love or find someone else or grow distant. But how can you ever know what really caused your break up?

Break ups are messy. They hurt you and tear you apart. They cause you to turn from a glam and pretty lady to a total psycho. It turns you the sensible gentle man into a sniveling slob. Break ups ruin and destroy even the sanest of all people.

But why? Because when you breakup with someone, you rip out a part of you that is vital. Breaking up destroys your heart and soul. There are a lot of reasons why people break up. Some are fortunate enough to just get tired of one another and fall out but not get shattered.

On the other hand there are those breakups which are hellish and bloody. These are the types of break ups that cause writers to write great books about.

Cheating – Cheating is one of the dirtiest and bloodiest reasons for a break up. A woman may scream, throw stuff or even turn murderous because of it. Cheating goes beyond the break up. It causes so much pain that it can even carry scars up to the succeeding relationships.

Money – Yes, money can be a cause of intense breakups. In the beginning of a relationship, money may not matter but men may leave a woman who treats them like an ATM machine. Women may also leave men who are spineless and cannot put in their share for the rent.

Nagging – A person who is constantly bombarded by someone with nagging and screaming will eventually blow their fuse off. They will get fed up. And when a person gets really upset with all the nagging, he or she can run amok and turn into a monster.

Lying – Constant lying will turn the kindest soul into a lunatic. Lying causes so much hurt in a relationship.

The Other Reasons for Break Ups

So if there are bloody breakups, there are also breaks ups that are not so hurtful. They do not destroy people but rather causes them to grow more.

Growing apart – People grow apart because they grow. They learn new things, meet new people and become different people. This cause the partner to be left behind. Because of this, people become unhappy with one another.

Misunderstandings – People breakup because they let misunderstanding get in the way of their relationships. Although this type of breakup can be either be mild or bloody, it is still not as bad as the ones mentioned above.

Lack of sex – Sex is big issue in a relationship. People forego sex because they start losing interest with one another. Some people break up because of it but not cheat because of it. They wait till the relationship is over before they go on into intimate sessions with others. The lack of sex does happen because people let their sex life go for other pursuits such as work and other things.

How to Know Why You Broke Up?

Talk to one another peacefully – Now if you really want to know why, you gotta talk to your ex. It may not be a pleasant experience, but you have to keep an open mind. If you find out his reasons, then you can learn valuable lessons which you can use to grow.

Ask your friends – A lot of times, when we are so in love, we become blind. We turn into lovesick fulls who are so giddy that we forget to stop and think. Your friends can give you some insight on what went wrong. They can help you examine if you two were really good for one another, or were you just a couple fighting all the time.

Talk to a therapist – Psychologists can help you find the closure you need specially if your ex does not want to talk to you. They can help you figure out the two of you broke up.

Should We Reconcile or Move On?

Most couples who broke up always think if they should ever put the pieces back together. They wonder if thee is still ever a chance to rekindle the love. But is it worth it? Will love be better the second time around or would you just end up hurting each other more?

Well, the honest answer to that is, if you have both grown and matured, then yes, there is a chance. But if you are going back together because you just feel cold a night, then it’s not worth it.

This website uses cookies to improve your experience while you navigate through the website. Out of these, the cookies that are categorized as necessary are stored on your browser as they are essential for the working of basic functionalities of the website. We also use third-party cookies that help us analyze and understand how you use this website. These cookies will be stored in your browser only with your consent. You also have the option to opt-out of these cookies. But opting out of some of these cookies may affect your browsing experience.
Necessary Always Enabled
Necessary cookies are absolutely essential for the website to function properly. This category only includes cookies that ensures basic functionalities and security features of the website. These cookies do not store any personal information.
Non-necessary
Any cookies that may not be particularly necessary for the website to function and is used specifically to collect user personal data via analytics, ads, other embedded contents are termed as non-necessary cookies. It is mandatory to procure user consent prior to running these cookies on your website.
SAVE & ACCEPT